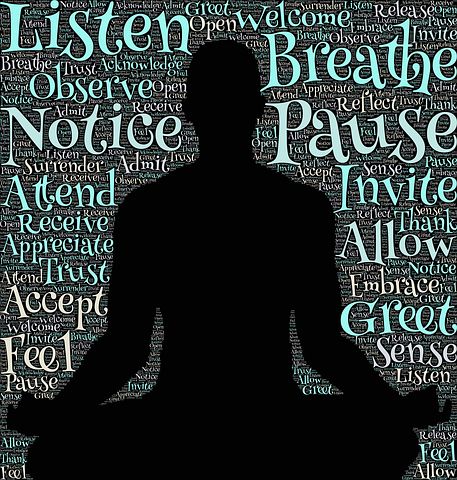 In the next couple of chapters of BREATH, by James Nestor, we are taken on a journey of extremes – breathing faster and holding your breath – both of which have quite extreme results and require some supervision.

“Breathing, as it happens, is more than just a biochemical or physical act;…The tens of billions of molecules we bring into our bodies with every breath also serve a more subtle, but equally important role. They influence nearly every internal organ,…affect heart rate, digestion, moods, attitudes; when we feel aroused, and when we feel nauseated. Breathing is a power switch to a vast network called the autonomic nervous system.”

Much of chapter 8 describes a “Breathing +” technique called Tummo, or “inner fire breath”, developed by ancient Tibetan monks. It is a harnessing of inner energy that heats the body and engages the immune response, resetting the nervous system through a giant push of stress. The theory goes that our modern lives have us in a constant low-level of stress that keeps blood flow and communication between the organs and the brain patchy and low. This constant “half anxiety” state creates health issues that could be helped by a reset of the entire system. “Breathing really fast and heavy on purpose…teaches us to consciously access the autonomic nervous system and control it, to turn on heavy stress specifically so that we can turn it off and spend the rest of our days and nights relaxing and restoring.” (Chapter 8 – BREATH) Nestor gives more anecdotal evidence that this can be helpful, including Wim Hof, a modern extreme athlete, and more interesting to me, Alexandra David-Neel who was a feminist mystic adventurer in the late 1800s early 1900s.

The other “Breathing +” technique that Nestor mentions in Chapter 8 is referred to as Holotropic Breathwork, which could be described as basically conscious hyperventilation. I have to admit that early in my yogic career, a teacher who knew my curiosity about most things sent me to a group that practiced this. I am game to try anything once, but I have to say I would not be one to recommend this technique to the “average Joe”. I would say my experience mirrored that of Nestor. For me, it felt exactly as it should feel to be hyperventilating over a long period of time – light headed and a bit physically crampy, maybe at the very least emotionally “giddy”. However, a friend I went with had the adverse effect of bad memories surfacing and that feeling of “near death” that was NOT pleasant.

The breath is really NOT to be toyed around with, though conscious control can be helpful, incorrect or flippant use has been proven over and over again to bring adverse results. There is a reason that The Yoga Sutras of Patanjali show a clear step to Pranayama by “perfecting asana”. This suggests that a certain amount of body strength and mental control are needed to proceed into breath regulation of depth, time, or place.

This also goes for the idea of holding your breath introduced in Chapter 9 to enact a similar stress response of fear in our central chemoreceptors. “Chemoreception is one of the most fundamental functions of life.” (Chapter 9- BREATH) And, it is our ability to train and be flexible to different levels of carbon dioxide and oxygen that can make extreme athletes successful or teach anxious people to control their panic. Nestor also makes the very clear point that CONSCIOUS breathing is what is key, since many of us suffer from sleep issues and stress issues by merely unconsciously not breathing throughout the day. Our conscious control of the breath is what makes it so powerful and healing.

Nestor ends Chapter 9 with more information on carbon dioxide therapies being studied. Yes, learning to control your breath, slow your breath, and even hold your breath may bring benefits, but it also takes time and practice and to someone already extremely anxious it may not be ideal. Sucking in a larger percentage of carbon dioxide has the effect of inducing the feeling of not being able to take another breath, the most intrinsic fear to any human. The Yoga Sutras of Patanjali also acknowledge this by saying one of the largest obstacles (klesha) to yoga and the most difficult to overcome even for wise people is the fear of death (Abhinivesa). To force our most basal fear for even a moment has given catatonic patients new life, and taught many who suffer from panic attacks that controlling your breath is a key to controlling even your worst fears.

Such a simple tool that we carry with us every day of our lives – the breath contains so much power and wonder!! It pays to pay attention.