The Sky Was the Limit 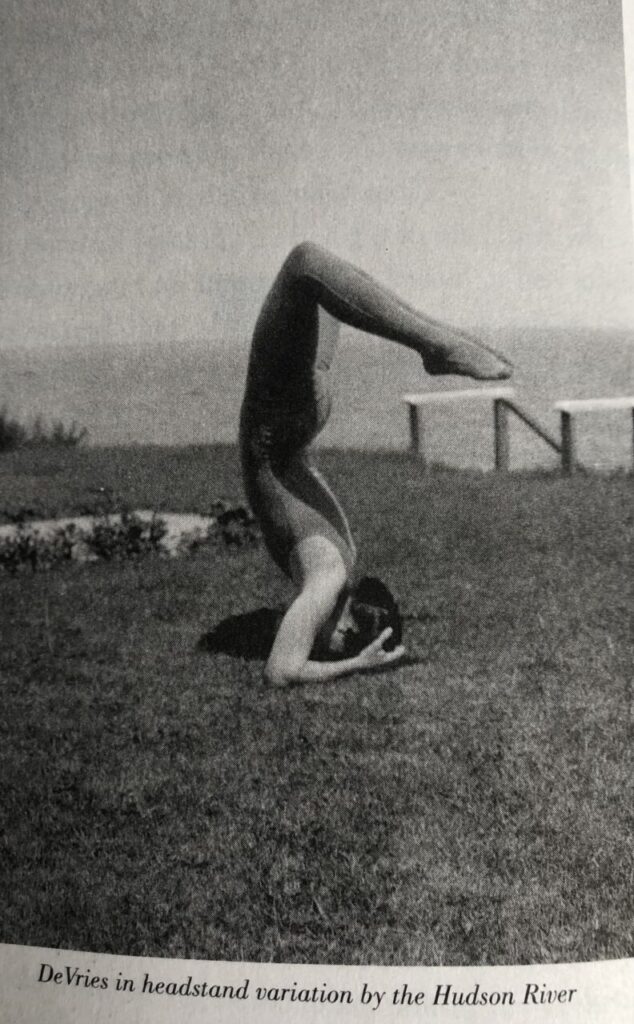 The Great OOM continues with the growing popularity of the CCC (Clarkstown Country Club) and its astounding offerings in entertainment and energy! Bernard was a master at moving with the times and being what he needed to be at any moment. He was “nothing if not a canny chameleon, capable of holding forth on ancient Hindu texts one night, throwing back peanut shells with Broadway showmen the next.” (Robert Love, author). He was a circus director, baseball team manager, theater producer and match maker. And, in 1928, he also became an avid flight coordinator.

With his growing wealth and stature in the Nyack community, Bernard’s next venture was in the sky. The late 1920s saw a boom in aviation and he would not be left behind. The Rockland Airport opened in Nyack next door to the CCC in 1928. It served as the country’s first airport and also was the beginning of Bernard’s new Aero Club and pilot school.

Meanwhile, the focus on yoga did not waver for members of the club. Morning asana classes and Saturday evening lectures remained a staple. And, the hard work and discipline required of those living on the grounds paid off in a flourishing farm, dairy and orchard. At the end of 1928 Bernard also made connections with a well-known Unitarian minister, Charles Francis Potter, and began “his most ambitious effort yet to legitimize yoga”. Potter had a good, though quite liberal, reputation within the Christian community at the time. With his help, Bernard founded the International School for Vedic and Allied Research (ISVAR). The goal of this school was to clarify misunderstanding of yoga in the West and “promote respect for India’s ancient culture and for yoga as a practical science – a technology for living a better life.”

Bernard knew that yoga “pierces the orthodoxy of all religious systems” and was convinced that if presented in a “Christian context” by his new friend Potter, that it would gain more success with a wider audience. In 1929, Potter ended up even moving his family onto the CCC grounds and was fully in on what Bernard had to offer.

What I find interesting in this portion of the book is still the parallels we can draw today. Though yoga obviously has gained ground and acceptance in the West, our understanding of its true power and needed discipline, even the knowledge of its origination in the ancient texts and teachers of India is being lost. Cloaked either in only “physical exercise” – combinations of more accepted aerobic formats along with yoga postures – or only “spiritual complacency” – no need for hard work or deep transformation – yoga has lost its balance and tradition in seeking overall acceptance from the masses. Bernard knew yoga would appeal “only to a certain grade of body, heart and mind.” and that full transformation can be difficult and messy and takes a lot of hard work and time. I absolutely relate to this following quote from him in Chapter 19:

“In yoga training you must pass through the ‘crying period’. You can’t duck the tears – sometimes this period lasts months or even a year. Then the tears stop. Later you no longer look through a fog, but can see clearly. When the heart helps you see, the mist clears, you understand, and have an infallible, unshakable Faith. The formal must pass away before you can reach the essential.”

Pierre Bernard quoted in The Great OOM by Robert Love

Like the 1920s, we live in an age where everything new is favored and the old is seen as “quaint”, where innovation and accumulation are honored over experience and expertise. I wonder how long Bernard’s ISVAR will last and if it would even survive today. I am glad that the “country club vibe” still drew people closer to this amazing practice of yoga, but wonder why it is that yoga itself can’t be praised for yoga itself? Why thousands of years of experience and experimentation, discipline and discovery, doesn’t hold its own? Are we really in need of so much more? So much entertainment and ease?