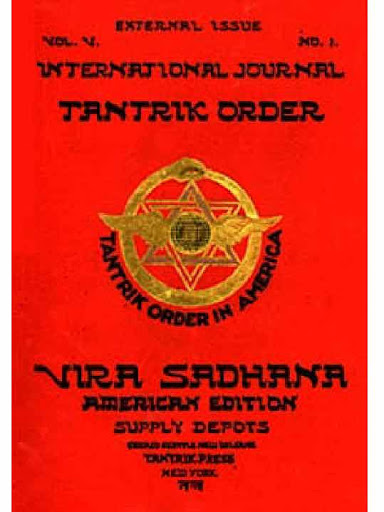 To the outsider, the downfall of Pierre Bernard seems to be an inevitable end. Even though he might have taken advantage of the mystical curiosity of the age and approached his “lodges” as just another form of “secret society” that were popular at the time, his yoga practice was not focused in the direction of spiritual emancipation. The stars and dollar bill signs in his eyes blinded him to the path of “yoga” and sent him reeling down the path of “bhoga” (sensual pleasures). Stated clearly in The Yoga Sutras of Patanjali and The Bhagavad Gita, taking on the practices of yoga to advance your own personal Ego and place in the world will lead to devastating falls from grace. It continues to amaze me that despite these numerous written warnings, many who set out to practice yoga continue to fall prey to power gains and control issues.

It doesn’t help that those drawn to the practice of yoga in the first place are in search of something…what is not always clear. Bernard’s first students were rich white people very likely bored with the norms of society and looking to “belong” to something. He obviously was also a very energetic and hypnotic personality and attracted others like him to his circle. Whether those “powers” of physical and mental control and hypnotism truly helped his patients or he was taking advantage of them seems to be a case-by-case basis. Either way, The Yoga Sutras are very clear to NOT misuse those powers and to continue to be diligent of the foundations of Yamas and Niyamas, of which Pierre Bernard quickly discards.

His surprising and auspicious beginning with the guidance of his Indian teacher in Midwest America feeds Bernard’s ego more than his soul. Taking his powers “on the road” for demonstration and collecting women for his own personal enjoyment leads to his ultimate arrest. Having rich and influential people in your midst is not always going to work in your favor if you are found out to be a liar and a cheat!

I wonder what would have happened if his teacher stayed in the US and continued to be of certain help or guidance? Having someone you are accountable to in practice can bring some amount of humbleness to practice and to life. To know that we all have the ability to be led down a slippery slope by the draw of our senses and their search for pleasure, or our Ego in its search for individual importance is a great reminder of yoga. Awareness, attention, and diligent self reflection is always needed.

I think that a lot of this curiosity and mystery around yoga got stripped from the practice because of people like Pierre Bernard. To look at yoga as ONLY physical is a detriment to its overall effects on the mind. To look at yoga as ONLY mental neglects the consciousness that pervades the body. And pretending spirituality by wearing the clothes, the beads, and the symbols just for show is missing the point. The questions they were asking in that time period about spirit and matter are still needed today! “Could spirit, in the form of the human mind, actually influence the physical world?” Yogis do believe this is possible…and to be a force for the good of ALL, not just the greatness of self.

The Great OOM falls prey very quickly to his own power from practice. So where can we accept and gain the powers of yoga without them becoming the very reason for our “downfall and disgrace”??

This week, continue reading with Chapters 5 and 6!! What else could possibly happen??