OM and The Invocation 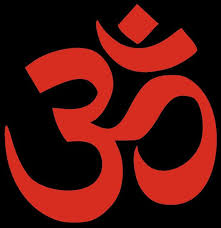 Even if you don’t go to a yoga class, odds are at sometime, somewhere you have heard the chanting of “OM”. Also written “AUM”, this mantra is a quintessential part of Eastern cultures and spiritual communities, was part of the New Age movement here in the West and is still used today within modern yoga classes.

Within Iyengar Yoga classes, “AUM” often also begins and ends the chanting of The Invocation to Patanjali. In India, you would not start a yoga class without it.

I have had numerous discussions with students and teachers alike about why we might chant. I have heard about how the chanting in a yoga class can be uncomfortable to students for all sorts of reasons (they aren’t in tune, they feel it goes against some religious belief, etc…), and some of my teacher friends are just not comfortable themselves with chanting, so they just don’t do it. And then there are those (like me) who feel like a class has not begun until some form of chant has been done, but I am also one to mark almost any occasion with a song. Basically, the reason “WHY” anyone does a chant at the beginning of a yoga class or at any time is a personal choice. But no matter what your decision, it should be informed.

And, there are numerous reasons from the mundane to the esoteric to formulate your own opinion of chanting. At the most basic level, putting a “formality” at the beginning of a yoga class is a reminder that you are settling in for something different than what you do outside of class. Yoga takes a bit more concentration and clarity to move with awareness, so to run in after work and not have that moment to “clear the mind” might just keep you in a state of distraction or agitation. Prashant Iyengar says that the chanting “cultures the consciousness for practice”.

I am also just a traditional person and absolutely acknowledge the vast history that has come before us in this great practice. NONE of us would be sitting in a yoga studio today if it was not for Patanjali writing down The Yoga Sutras, so to give him some credit at the beginning of a lesson for me, is just tying us into that history. As the title suggests, it also “invokes” the essence and the energy of all the teachers who have shared this practice. Acknowledging that brings a humbling to the ego and opens us up to learn. (If you are curious about the story and significance of Patanjali and the invocation, there are some handouts at The Yoga Place that you can pick up)

OM, on the other hand, does have a larger and more energetic purpose within the spiritual endeavor of yoga. The three aspects of “AUM” – “a”, “u”, and “m” – are thought to be the essence of every other word or sound uttered in the universe. To chant “AUM” means that you are connecting your own individuality back to the greater Universal Source. The Yoga Sutras refer to the symbol and sound of “AUM” to be the symbol and sound that connects us to any existing higher power. And, “AUM” is the most intense of the “seed mantras”; sounds that stimulate and vibrate our energetic centers (chakras) within the body.

But, you don’t even have to get into the woo woo to understand the effects of sound on your brain and nervous system. With the boom of yoga’s popularity, there have been numerous initial studies on the effect of “OM” and chanting meditations on brain function and the nervous system. Chanting “OM” has shown to lower blood pressure, increase focus, and stimulate the vagus nerve that basically has control over a lot of our essential organ functions and emotional states. Even just sitting in a room and experiencing the vibration of that sound could have these effects, so sitting quietly while others chant is beneficial too!

No matter what, chant or no chant, I encourage you to take a moment before your yoga class to focus in to that greater awareness and quieter vibration of breath and body. Om and the Invocation just give a more formal reason to take deeper inhales and let out longer exhales in order to still the mind and be ready for yoga.